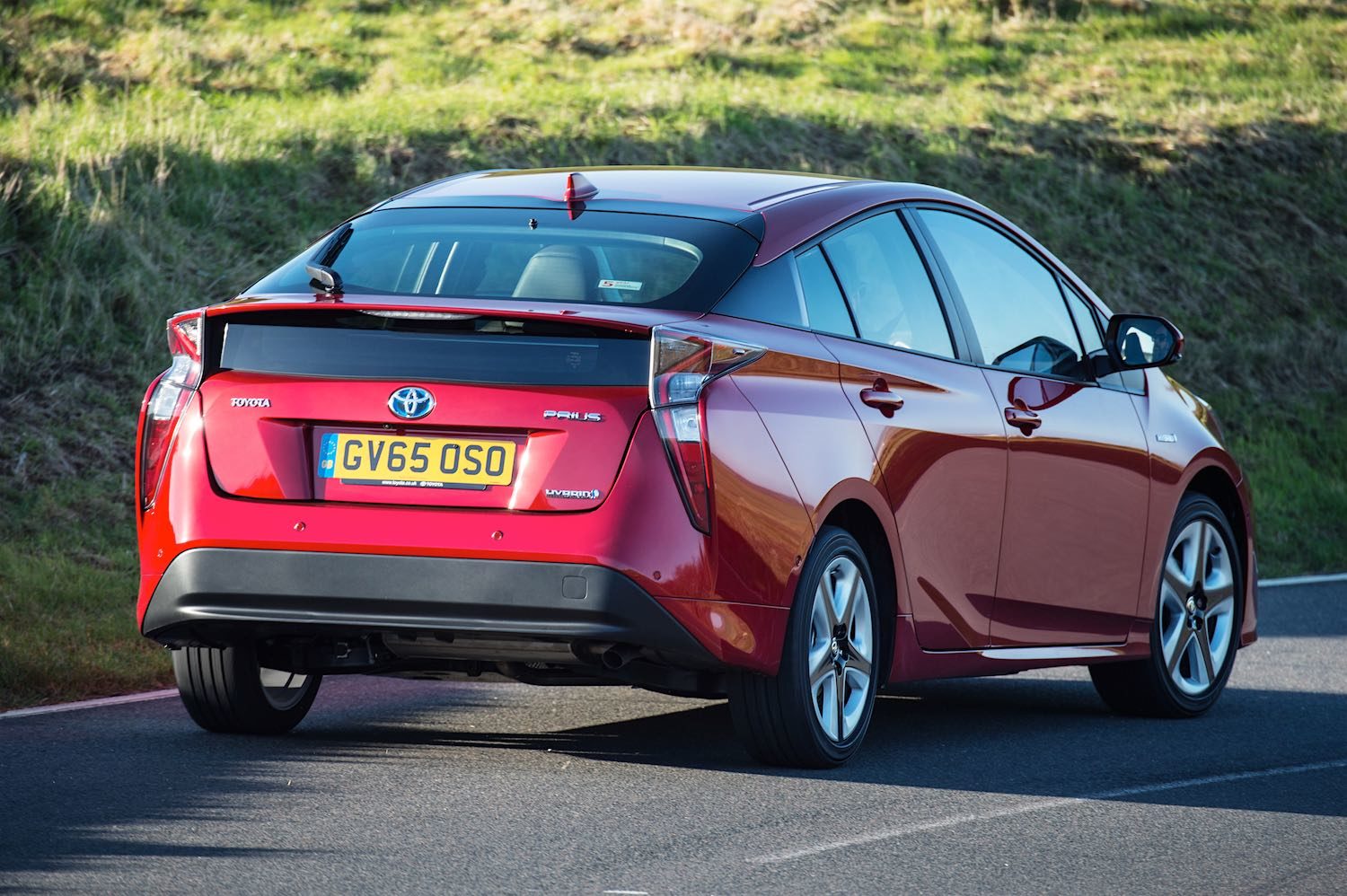 With Toyota’s new Prius, the renowned and fully deserved smugness quotient of this car reaches an unprecedented level.

Earlier versions of the world’s first popular electric/petrol hybrid famously got up the nose of the rest of the population for ostentatiously signalling the owner’s moral superiority. The car itself might have looked as nerdy as Mr Spock’s lugholes and its true fuel consumption might have been heavier than an efficient diesel; but, with no fear of contradiction, the driver was telling the world that s/he was a better person than you (Esther Rantzen owned one, which says it all).

The latest Prius moves on the one-upmanship game with an Olympian stride by being not just morally impeccable but a truly fabulous car. Now the driver is telling the world “Not only am I a more civilised and responsible person than you: my car is superior to yours in every respect, as well.”

Toyota has always thrown the kitchen sink at the development of the Prius, with an R&D budget sufficient to change the direction of the wind and modify the rising and falling of the oceans so build quality on these cars has always way above standard family car production. With the new car, however, build quality reaches the level of the semi-bespoke, such as Tesla. I didn’t look on the underside of this car but I bet you wouldn’t find a rough edge or a wonky seam anywhere. Every panel seems to have been machined and fitted to 100% exactitude and fractionally beyond.

Inside, the Prius is as comfortable as a Lexus, with more than adequate luggage space and the performance of a slightly warm hatchback – which leads to Tom’s review below.

By lowering the body and introducing sharp edges into the styling, Toyota have turned the Prius from a car that would be gawped at for its oddity into a car that can be admired for its originality. Looking at our loan car standing outside our house in the dark, I realised that its overall outline follows the contemporary shape of the highest of high performance cars in being designed by wind tunnel. It is as sleek as a sparrowhawk. The divided and braced rear window is for aerodynamic effect, acting as a discreet spoiler to provide more downforce. A dazzling light-display of showoffery is kicked off every time the driver touches the brakes, with red beams zigzagging around the tailgate.

My last word would be to say that, with this latest version, the Prius confirms its place not just car of the decade but as the car of the century, so far. My Toyota Prius not only paid me that compliment but went on to suggest that I “Keep the current driving style” for which I had scored 85%.

The Prius is a full hybrid, with the system intelligently engaged at any speed from zero to maximum. You can see this as it happens on the display, but it’s best not to get too hooked onto watching this because it is in the centre of the dash, rather than in front of the driver. Indeed there are no instruments at all directly in front. However, the essential information you probably need is on the head-up display, thanks to the test car being a Business Edition Plus version.

On the economy front, I remember that the best I could get out of the first Prius that I tried was around 42 mpg. This latest Prius is the fourth generation, so I was hoping for something pretty spectacular in that department, although nothing near to the official combined consumption figure of 94.1 (that you should use only as a guide in comparing rival cars). The best return I achieved, according to the car’s trip computer was 75.7 mpg. That was on a forty-mile journey involving first about four miles of dual carriageway with several sets of lights, some of which I had to stop at, then thirty miles of motorway, mostly at 65 to 70 mph and the last stretch into some busy town and suburban traffic. That’s very good. The Prius is easy to drive and comfortable to sit in. Outward visibility is pretty good – the high rear might indicate a problem, but actually there isn’t one. Interesting to note that the Prius’ drag co-efficient is a very low 0.24 which also helps to keep the car very peaceful on the motorway.

The touch screen for satellite navigation and journey status is easy to use. The basic statistics for performance and acceleration from zero to 62 mph in 10.4 seconds, a top speed of 112 mph. With CO2 emissions at a meagre 76 g/km meaning no annual road tax and freedom of the city. Four driving modes are available at the touch of a button, from Power to Normal to Eco and EV for electric only, this last one being limited to 62 mph.

The Business Edition Plus is loaded with technology for safety, ditto ‘comfort and convenience’. Safety first, then, and this includes various radar-based anti-collision systems. Here, the handbook does make interesting reading, and is not exactly confidence-building, it must be said. For example, we are informed that there are thirty ways in which the pre-crash detection may not work and there are twenty-four ways in which pre-crash may deploy even when there is no danger present! But, yes, there is a generous list of safety features, both preventative and post-facto like the airbags all round, including curtains and driver’s knee protection. Inside the car, an impressively-long list aims to help the driver, in particular, have an easy and enjoyable time behind the wheel. Of course, there’s the latest connectivity to enable he/she keep in touch with the outside world and vice versa.

The Toyota Prius Business Edition Plus is a complete car package fully specced with no further options. This version makes a great family car and is priced at a competitive £25,995.

BMW 530d Touring xDrive MSport, one of the greats